As an innovative, action-oriented leader, Pamela Whitten leads with a student-focused approach. Under her leadership, Indiana University remains focused on students, research and service to Indiana and beyond. 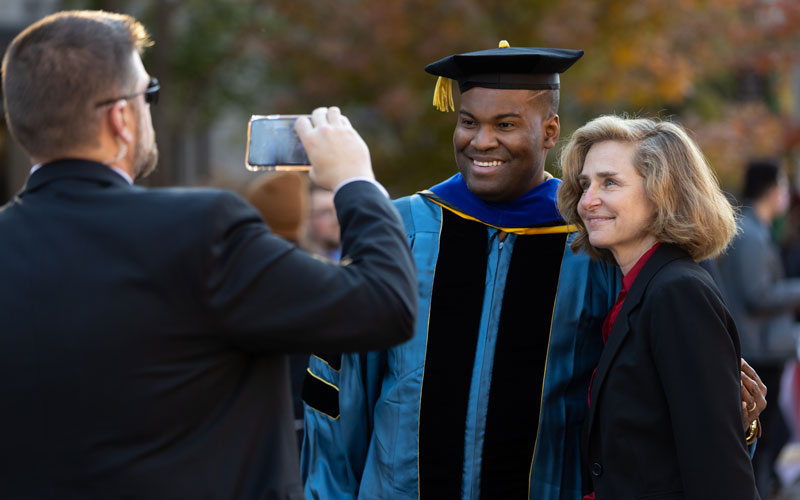 A focus on students, research and service

Pamela Whitten is the 19th president of Indiana University and the first woman to lead IU, a world-class public research university with seven campuses throughout Indiana.

Under her leadership, IU has emphasized three core missions: providing broad access to an education for all students from Indiana and beyond; pursuing world-class research, scholarship and creative activity; and making meaningful contributions to improving Hoosier health and the economic, social, civic and cultural development of the state and the world. 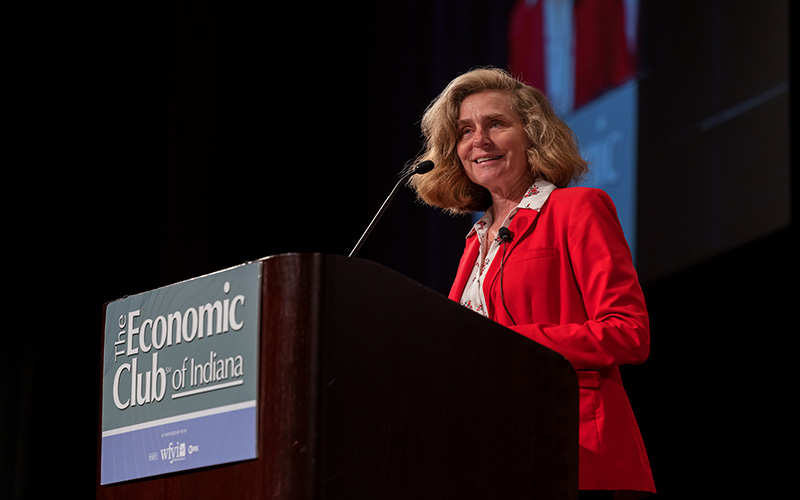 President Whitten is committed to a focus on student success, world-class research and scholarship, and to improving Hoosier health and the economy in Indiana and beyond.

A look back at the first year

During her first year in office, Whitten accelerated the university's efforts to hire and retain diverse faculty and researchers, strengthened IU's commitment to sustainability, and renewed its focus on student mental health.

Whitten has placed a strong emphasis on prioritizing students across the state, appointing the university's first Vice President for Student Success. With support from search committees comprising faculty, staff and students, Whitten has also assembled a diverse and experienced leadership team that includes five IU alumni. With this exceptional cabinet in place, IU is positioned for a bright and successful future.

The state's flagship university since 1820, IU has a record of leading innovation and advancing research and partnerships throughout the region that has continued during Whitten's tenure. In 2022, the IU School of Medicine, the largest medical school in the nation, celebrated record-breaking funding from the National Institutes of Health, and IU expanded enrollment and growth of its nursing program to address the state's nursing shortage.

Follow President Whitten to learn more about her vision for Indiana University, and to see what our students, faculty, staff and alumni are up to on a daily basis.

Stay up to date

I am honored to lead this great university, and to continue to work with exceptional faculty, staff, students, alumni and friends of IU to seize opportunities and challenges ahead, creating a better future for all those we serve.

Before joining IU, Whitten held a variety of leadership roles, including serving as a dean for five years at Michigan State University, senior vice president for Academic Affairs and provost at the University of Georgia, and as president of Kennesaw State University. She is an internationally recognized expert in the field of telemedicine, holding a Ph.D. in communication studies and a Master of Arts in communication.

Get to know the president